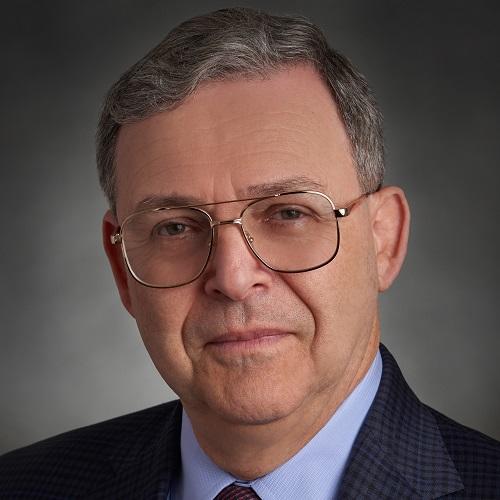 Dr. Shladover was one of the pioneers in the creation of the ITS program in the U.S., beginning with work on founding the California PATH Program in the mid 1980s.  He received his bachelors, masters and doctoral degrees in Mechanical Engineering from MIT, where he also satisfied all the course requirements for a doctorate in Transportation Systems. He began working on applications of information technology to improving surface transportation as a graduate student in 1973, and has worked since then on a wide variety of research projects.  He combines hard-core engineering expertise in dynamic systems and control with knowledge of transportation system policy, planning and economics, which enables him to effectively apply rigorous analysis methods to complicated transportation  problems. He was one of the first researchers to do in-depth investigations of probe vehicle data sampling in the days of the "vehicle­ infrastructure integration" initiative, identifying limitations in the existing probe sampling protocols and recommending  modifications.

Dr. Shladover has been managing a wide range of ITS research projects at PATH, with a particular emphasis on cooperative systems and vehicle automation.  He was the site program manager for PATH’s participation in the National Automated HighwaySystems Consortium (1994-8) and subsequent to that he led PATH’s development of bus and truck platoon systems andcooperative ACC systems.   He pioneered the study of cooperative ACC in the U.S., beginning with computer simulations of thepossible effects on traffic flow, which were sufficiently encouraging to lead to the creation of an experimental program.  He ledthe development and evaluation of the performance of two generations of CACC systems at PATH, producing the only sustainedbody of research on this subject (and the only implementations on real vehicles) in the U.S.

Dr. Shladover’s work is widely recognized internationally, and he has held many leadership positions in professional organizations.  He chaired the TRB ITS Committee from 2004-2010 and will be chairing the TRB Committee on Vehicle-HighwayAutomation starting in 2013.  He chaired the ASME Dynamic Systems and Control Division (DSCD) in 1995-6 and has been leading the U.S. delegation to ISO TC204/WG14, developing international standards for vehicle-roadway warning and control systems for the past twenty years.  He is on the editorial advisory boards of the leading journals in intelligent transportation systems, Transportation Research Part C, Journal of Intelligent Transportation Systems and IET Intelligent Transport Systems.Dr. Shladover was honored with the ASME DSCD’s Charles Stark Draper Award for Innovative Practice in 2008 and theAmerican Automatic Control Council’s Control Engineering Practice Award in 2011.

Federal  Highway  Administration   (FHWA),   Exploratory   Advanced Research Program -Advanced Traffic  Signal  Control  Algorithms -  Task leader for evaluation of probe vehicle sampling approaches  in simulation. This project is identifying  opportunities for developing a new generation of traffic signal control strategies and algorithms that can take advantage of the richer data provided by connected vehicles acting as traffic data probes. The probe sampling challenges are much greater for arterial  signal control than for freeway operations because of the greater complexity of the  traffic patterns and the flow interruptions caused by signal cycles. Fusion of probe data with conventional loop detector data is also being studied here.

Caltrans - VII California Program - Task leader for development and evaluation of probe vehicle sampling strategies, beginning with SAE J2735 probe sampling protocols. Dr. Shladover led an in-depth evaluation of the SAE J2735 sampling protocols to identify their limitations for use in arterial signal control, based on sampling of simulated data representing a high­ volume arterial corridor with coordinated actuated signal control. This study revealed the need to modify the J2735 protocols in order to reduce latency and increase the fidelity of representation of actual vehicle trajectories, and also showed the importance of aggregating probe data as early as possible in order to minimize the backhaul communication burden and to destroy personally identifiable information so that crippling restrictions imposed to protect privacy could be lifted.

Cooperative  Transportation  Systems  Pooled  Fund  Project, Multi-Modal  Intelligent Traffic  Signal System - Dr. Shladover is leading the PATH work on this project, under subcontract to the University of Arizona, to develop the next generation of traffic signal control systems that can capitalize on connected vehicle technologies. This project is defining the concept of the operation and system requirements, leading to system designs for the initial implementations of cooperative implementations of intelligent traffic signal systems that can support eco-driving as well as pedestrian crossing applications and priority applications for emergency vehicles, transit vehicles and heavy trucks.

Cooperative Vehicle-Highway Automation Systems Pooled Fund Study, Assessment of the Potential of Dedicated Truck Lanes with Automated Truck Platoons to Improve Freight Mobility in the Chicago Region -  Dr. Shladover led this transportation modeling project, in which his team worked closely with local and regional agencies on the definition of a network of dedicated truck lanes that could be built on under-used rail rights of way to provide improved connectivity among intermodal terminals in the Chicago region.  They simulated the effects that the truck lanes would have on freight movement productivity and on general regional traffic congestion, showing considerable benefits.  With the time­ staged deployment of automated truck platooning, this study showed even better benefit-cost results.

FHWA, TFHRC, National Automated Highway System Consortium (NAHSC) - Dr. Shladover was the PATH site program manager for this large and complex project, involving extensive interaction with the other eight partner organizations within the Consortium and managing the work of a PATH project team of 30 people. This work involved a wide range of technical activities, including development of innovative modeling and simulation tools, development and assessment of concepts of operations, and implementation and demonstration of full-scale prototype vehicles that cooperated intensively with each other and the roadway infrastructure.